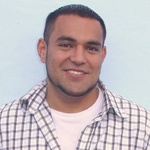 45 minutes of a miracle interpreted. It was during this year’s heavy winter storms that hit the East Coast.

It was just past 2 in the morning and what seemed like a regular night of taking normal medical and 911 calls suddenly came to a halt.

The call came through and the 911 dispatcher quickly told me: Interpreter, this woman’s husband just fainted seconds ago, and I need you to do whatever you can do to calm her down and get her attention.

She was crying. Desperate. Her husband was in bed with her, when suddenly he started complaining of chest pain. It was hard to hear. Even with my phone volume at its highest level, it was difficult to hear when one person is trying to tell you something in one language, and the other party is crying and screaming in another

Minute 4: Ma’am, we are on our way, but all roads to your house are filled with snow because of the storm. We will dispatch an ambulance although it is going to be delayed because of the weather.

Minute 6: After finally calming her down, I learned that her husband was breathing, he was 32 years old, and had no previous heart problems. The dispatcher was asking her to go get some aspirin tablets to give him to chew when a sudden scream of fear was uttered from the wife.

Minute 7: He passed out! He just stopped responding and fell to the ground. Even amongst the screams of his wife, which were now louder than ever, I could no longer hear the patient in the background complaining and breathing hard. Things were taking a turn for the worse.

Minute 8: Can you check if he is breathing I asked? HE ISN’T. Can you feel his pulse? NO! He had gone into cardiac arrest while we were on the line, with the ambulance unable to reach him because of the snow.

Minute 9: With no time to waste, the instructions for CPR had to be relayed clearly and concisely, all while trying to keep the wife focused on the importance of not falling victim to the anguish that I knew loomed in me and, with much more reason, in her.

Minutes 10-28: We counted together, all three of us. After 30 chest compressions, I would ask her to check if anything had changed. Here I was, thousands of miles away, with an unknown person on the line, trying to keep someone alive. It is hard to describe what I felt. After all, I was so focused on the call I forgot what was going on around me. The drama had gone on for almost half an hour, when I could finally hear the sirens for the first time, approaching the ill husband.

Minute 29: Paramedics rushed in. No one spoke Spanish, so I introduced myself over the cell phone’s loudspeaker. They directed me to continue helping with the call.

Minute 32: Now in the ambulance, the paramedics sped to the hospital as fast as they could. I can picture the scene perfectly because the loudspeaker was catching everything being said. The driver complained that he had poor visibility. The team had just administered a dose of a drug and they had shocked the patient several times, without any change to the uninterrupted flat-lining sound. A sound which the wife, who was now sobbing, knew meant the same all over the globe. Her husband’s heart was not responding.

Minute 35: I was still on the call. The medical background questions to the wife were over and I was on standby. Just as suddenly as the call had begun, there was a moment of joy: “We have a heartbeat!” Miraculously, the drug cocktail they had used, aided by the defibrillator’s shocks, had brought a “dead man” back to life.

The sound of excitement was heard. The beeps of the heart monitor were slow, but beeping at even intervals that finally allowed me to catch my breath. I knew it was the same for his wife, who said in Spanish, and I will never forget her exact phrase: “Mi esposo esta vivo? I proceeded to translate: “Is my husband alive?” Waiting anxiously for the answer she wanted to hear.

Your husband has a heartbeat now and his lungs are breathing again on their own. It is hard for us to say what is going to happen, but he is stabilized for the hospital to help him now. You did a very good job with CPR. Without that, he didn’t stand a chance.

I had never felt prouder about being an interpreter than that day. Knowing I did the best I really could to help a complete stranger, that because I did my part, someone didn’t just pass away but had a fair chance of survival. Before I disconnected from the call, the paramedics gave me a quick “thanks!” Then the wife, whose name I don’t even know, gave me what perhaps was the best commendation I had ever received:

“Thank you young man. Thank you very much.”

Written on paper, it doesn’t say much. It is a “thank you” just like any other. But her voice was so sincere, so full of gratitude, so kind, that I knew I had made a difference forever in someone’s life.

At LanguageLine, I have interpreted calls for countless organizations, helped with transplants and organ donations and I have even assisted midwives in delivering children, all using my voice. LanguageLine makes a difference. I have made a difference.